Well, this year has been WILD. After getting laid-off in January from Texas Instruments I have been staying afloat by being self-employed as a DJ and IT Entrepreneur. My businesses: eddierenz.com and soundandshow.com didn’t generate a ton of revenue, but hey, I haven’t missed any meals and I’ve learned so much about having my own business. Here are some of the most important.

1. Never count on your clients to pay on time.
2. Operating cash is a necessity so scale back on all unnecessary spending so you have more to invest in your business.
3. Social Networking is good for business, but perhaps not as impactful as you are often led to believe.
4. Competition is a mean bitch.
5. There is never a time that you can coast and there is no such thing as a holiday or a day off when you are self-employed.
6. Word-of-Mouth referrals are still the best way to get new business.
7. Never underestimate the power of a good website, but don’t overestimate it either. Just because you have a brilliant website doesn’t mean customers are going to start flocking to you.
8. In all areas of business you will have to work with people you don’t like.
9. You must always be looking for ways to improve and to gain market share on your competition, but remember, they are doing the same. So improving your services and finding your niche early on is important.
10. There is nothing more rewarding than making it as your own boss, but there is nothing more frightening than having bills due and having no idea where the money is going to come from the next month.

I’ve got lots of great ideas for 2010. I sure hope to see them come to fruition.

A couple of weeks ago the server crashed at the nursing home where I do IT Consulting. I got a phone call while I was at the chiropractor that they had received a blue error screen and that none of them could log on to the computer. My heart sank.

A blue screen of death or BSOD in geek speak is never a good sign, but it is a VERY bad sign when that computer is your primary domain controller and without it the entire office is shut down. No internet, no logging on, no access to the database for payroll processing – nothing.

I worked 12 hours the first day trying to restore the server which was still using a 12 inch monitor circa 1995 and was housed in someone’s very busy office. Women kept streaming into the office checking on my progress, residents would poke their heads in and ask how I was doing, but I really needed them all to go away.

My college degreee is in Business Adminimistatrion but my background is in computers. I have an MCSE that I received in 1998 which is pretty much worthless now, but at the time was very valuable and it gave me the foundational understanding of computers and networking which I used to start my career in Information Technology.  An MCSE is a Microsoft Certified Systems Engineer and I paid $9000 and 6 months of my life to SMU to earn that piece of paper.

Day two at the Nursing home wasn’t much better and finally I had to call Microsoft and get them on the phone to help. The pressure was building since this was Wednesday and on Friday I had to be in Oklahoma for a wedding and payroll had to be done the very next day in order for all the staff of the Nursing Home to get paid.

I was starting to get a little panicky because I had figured out how to get part of the server back up and running, but I couldn’t get the rest fixed because I wasn’t the one to set the server up. I had no idea how it was configured and since I had been working at the nursing home my job had mostly been to fix the day-to-day activities and not to delve into the interworkings of the network.

At about 3pm one of the ladies from the home said she could call a friend who might be able to sit on the phone with Microsoft and help me out if I needed it. His name was Brian and he arrived at about 4:00 p.m. while I was in the middle of a call with Microsoft.  Brian sat next to me and I relayed to him what was happening briefly.  I had setup a remote control session with Microsoft on a partition of the server that had access to the broken portion of the server and while the guy on the phone was on the other side of the world, he was a computer genius. He literally edited the hexidecimal code in order to fix the broken server. People, if you ever get a blue screen of death on a server do not try to fix it on your own, just call Microsoft and these guys can fix it! It was amazing.

During that call I had this unbelievable sense of relief come over me long before the technician had repaired the computer. In Brian I had sensed competency and confidence. I felt like he was someone I could rely on if this problem got out of hand and it was like someone had pulled the plug on an over-inflated air mattress that was crammed into my head.

This revelation sort of floored me. I’ve been a loaner most of my life relying on myself to get things accomplished and never really felt like I had someone that I could count on in a pinch – especially in the realm of IT and Networking. Not only that, Brian and I just sort of seemed to click. We talked the same language and when the situation was resolved I felt like in different circumstances we would have become good friends.

It was in these moments of stress that I realized that this is why God created Eve. He saw that Adam needed a helper, not because Adam wasn’t competent and completely able to handle everything himself, but because sometimes it is just nice to share the burden with someone else. There is something amazing about human presence and how it affects us all.

So if you are dealing with something, don’t try to go it alone. Get help. Share that burden.

In an effort to improve the effectiveness of our Monthly SOS Newsletter I have updated it with more content.I’m trying to figure out how to create dividers to make it look more compartmentalized, but so far all of my attempts have only made it feel more cluttered. I’m also thinking about redoing the header image in something more fantastic…

It is now chock full of useful information and a free digital download of Romans Vol. II session 1 by Tommy Nelson.

You can checkout the Newsletter here.

Also, if you want to subscribe to the Newsletter then go to http://www.songofsolomon.com

(The Subscription option is on the left hand side of the screen.)

When it comes right down to it, I’m still not in love with this Mac. Everyone talks about how great they are, but there are a few AMAZING things you can do on a PC that make it, at least to me, easier to use. 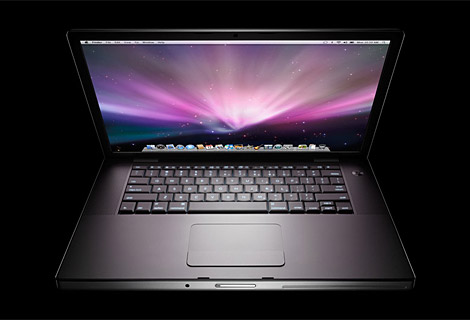 I’ve got about $2300 invested in this machine and I could have spent $1000 and had a really nice PC with all the bells and whistles. I wouldn’t have had to go out and buy new versions of Photoshop and Dreamweaver and Office. And there wouldn’t be this learning curve that everyone said I would acclimate to in time. What they might not realize is that I was/am a Power User when it came to PC’s. I could make those babies sing and although sometimes they would sing off key, I knew how to get them back in tune.

My review: Unless you just want to pay more for something that works only 10% better than a PC and looks a little prettier, then don’t buy into the hype and just go out and buy a Dell.