I read over on Ben’s site that he got Civilization IV for himself with his Christmas cash.

On the radio this week they had women call in who had gotten divorced over their husbands obsession with video games – or one game in particular – Everquest. 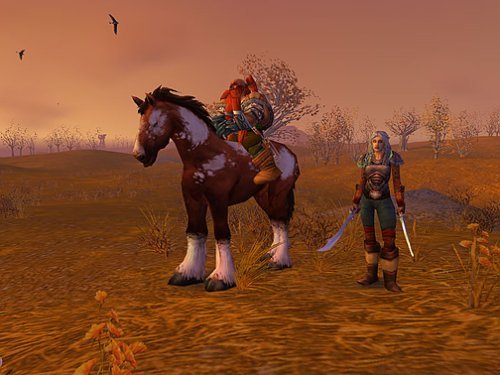 I work with computer people, a nerd herd, a nerdery of people, a geek basket, and in this basket there are numerous guys who love computer games. World of Warcraft, Final Fantasy I-XII, Civilization IV, and Age of Mythology seem to be the more popular games right now. All of them seem to involve otherworldly lands and civilizations and they all look like great places to escape to, but I prefer books when I need an escape from reality.

I am not knocking any of you gamers out there, I just hope that you are exercising common sense and decency when you play. One woman said that she went into labor while her husband was playing Everquest and he didn’t even stop to drive her to the hospital. Other women said their husbands played non-stop and had nothing to do with them for weeks at a time.

This type of behaviour is foreign to me. I like to unplug and disconnect from reality every now and then, but I don’t want to spend more time in a fantasy world than I do in a real one. It seems to me that a video game addiction of this caliber could be akin to alcohol or drug addiction – two things that dull reality and keep you disconnected from actual life.

What about you? Other than blogging what are your addictions?