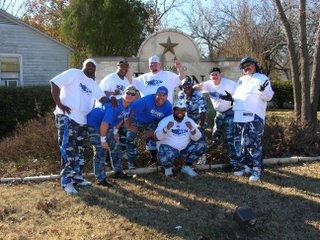 After spending the evening with Cat at the Christmas play on Thursday night, I had her keep Friday open as well because we didn’t know which days we would get the tickets for the Christmas show. She called me at work Friday to see what I was doing that evening and I told her that I was going to call her to see if she wanted to come to my place and we could cook dinner and just stay in and watch a movie – she said yes.

We went to Sprouts to buy groceries and Cat was delighted to see the wonderful prices on all of the fresh produce. Broccoli crowns were 2 for a dollar, and red peppers were also 2 for a dollar – normally these items sell for 2.99 each! So Cat grabbed a second basket so she could do some shopping for herself as well.

We purchased our items and went back to my casa and cooked an all veggie stir fry of zuchinni, squash, onions, broccoli, carrots, and bell peppers and then ate it with some wonderful pad thai noodles. I put some “Delerium” into the CD player and we ate and I was delighted that the pad thai noodles tasted as good as they did. After dinner we went to Starbucks to get coffee and then over to Blockbuster to rent a movie. We rented Crash and I forgot how unsettling a couple of the scenes were as I had seen it in the theater by myself. The movie deals with racial stereotypes and so the movie is intense but Cat enjoyed it and I enjoyed watching it again as well.

Saturday night we went to a Christmas party that some of Cat’s friends were having. It was another great evening filled with nice people and crazy gag gifts. One of my favorite gifts was a doll that was packaged with the words “Black Doll” on the top. It was obviously a dollar store item and what really struck me as funny was how ghetto she was dressed. Flourescent green halter top, hot pink shorts and some white pumps completed the ensemble. Apparently no one had told “black doll” that you can’t wear white shoes after Labor Day.

Sunday, Cat, Dumas, and I went to see The Lion, the Witch and The Wardrobe. It was just as good as I expected and I give it an 8 out of 10. The only thing that would have made it better was if they had shortened the slow parts and elongated the action scenes.

We saw it in a theater that had subtitles because that theater was the only one not sold out. We went in and got great seats and it was kind of funny to see how detailed the captions were. They would say things like, “Cricket Chirping” “Door rustling over ice” – I guess if you can’t hear you really appreciate those things, but I think since you could see the door moving then you migh assume that it would be scraping the ice – but maybe not.

Saturday I had an outside appearance to do with the ManiAAC’s. We drove to Belton, TX where we performed at a basketball game that benefitted Special Olympics. It was really a ton of fun because the two teams that were playing were the Killeen police department and Ex Dallas Cowboy football players. During the third quarter they even let some of us ManiAAC’s sub in and I got to play basketball with Ed “Too Tall” Jones! Even on my tip-toes I wasn’t taller than him.

We performed 3 routines and the small crowd loved us. It was about 10 times more fun than I thought it was going to be.

Also, Biggy posted a video from the Allstar game last year in Denver. If you still don’t know what our dancing looks like – check out his site and watch the video. If it gets choppy, back the video up and let it play again after it fully loads.